Composing for video games and other visual media. close ×
+
0
Tweet 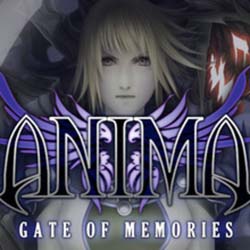 Anima: Gate of Memories is an action RPG set in the Anima Beyond Fantasy world, featuring a deep compelling story and exciting gameplay.

This is the theme I composed for the main menu and ending credits. The video game was released in June 2016.

Anima Beyond Fantasy is a license recognized for its role-playing books, miniature war game and card game. Its products have been translated into English, Spanish, French, Italian and German, and are available in more than 20 countries worldwide.

: : : All music is owned by Marc Celma. If you are interested in licensing some music for commercial purposes please contact. Thanks!